Beginning in 2011, NCI adopted a new approach to the selection of grant applications for funding. Rather than establish an absolute payline, individual consideration of a broad range of applications were the hallmark of NCI's selection process for all competing applications.

In 2013, most applications with scores up to the 9th percentile[1] were funded. Funded applications with higher scores were subject to divisional and Scientific Program Leaders (SPL) review. The NCI awarded 1,095 competing Research Project Grants (RPGs), resulting in a final success rate[2] of 14%. The graphs below summarize the overall funding patterns for R01s and R21s in various categories of investigators.

The graph in Figure 1 summarizes the number of R01 applications received and grants funded at each percentile, among all investigators. As is evident, the number of grants funded decreased in direct proportion to the percentile ranking. Nevertheless, 39% of the grants funded had rankings beyond the 9th percentile.
Similar displays are shown below for experienced investigators (applicants who have received a prior RPG and were applying for a new grant or a competitive renewal - Figure 2); new investigators (applicants who have never received an RPG - Figure 3); and early stage investigators (new investigators within 10 years of receiving their highest degree - Figure 4). Similar patterns are observed in all cases, although success rates are not plotted for new and early stage investigators in view of the small numbers of applications at each percentile score.
Funding Patterns for other years are posted at: https://gsspubssl.nci.nih.gov/blog/articles.
NCI FY2013: "Percentiled" R01 Applications, Awards and Success Rates
Figure 1: All Investigators: Experienced, New and Early Stage 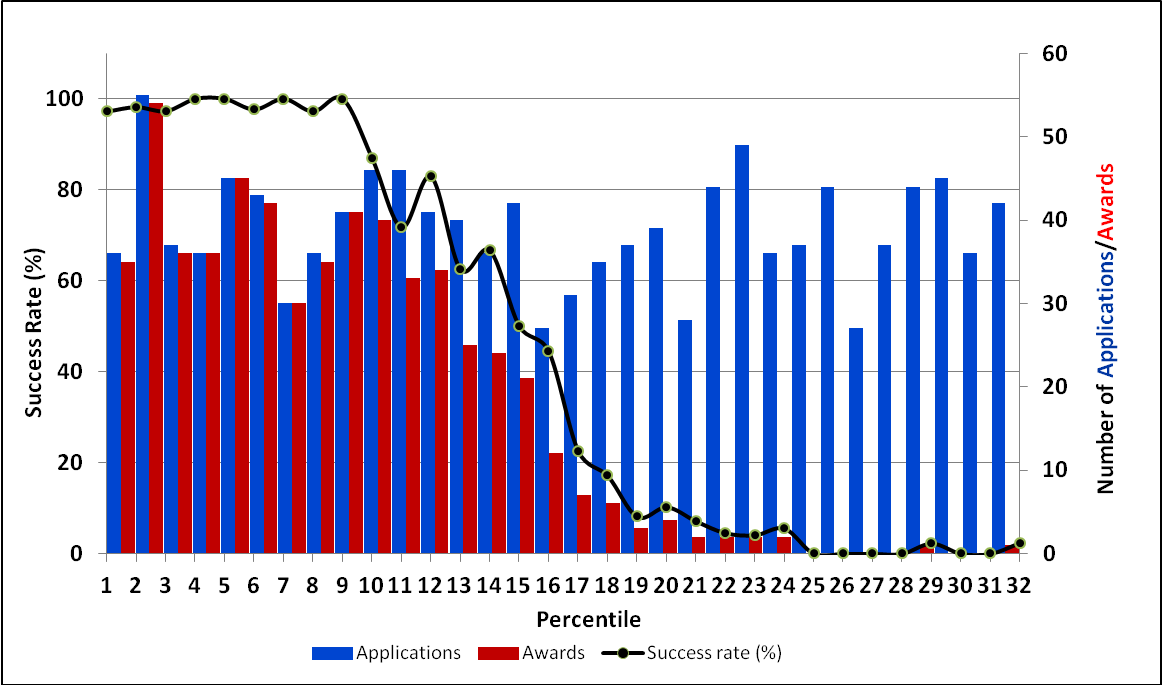 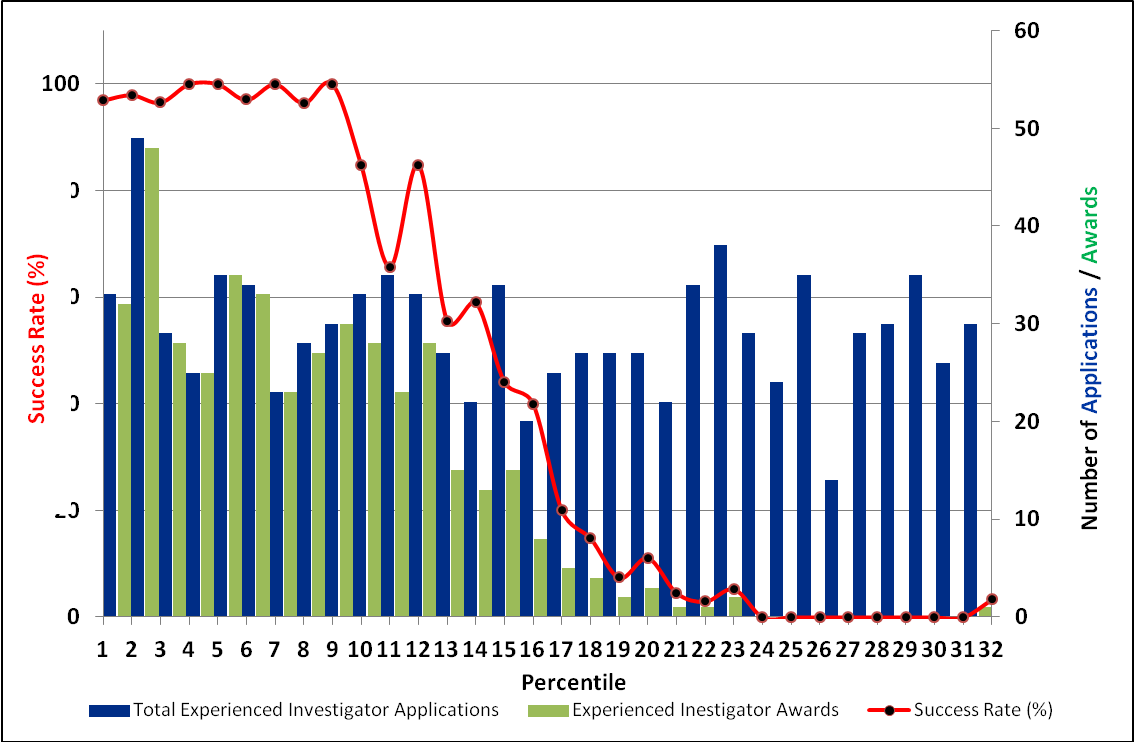 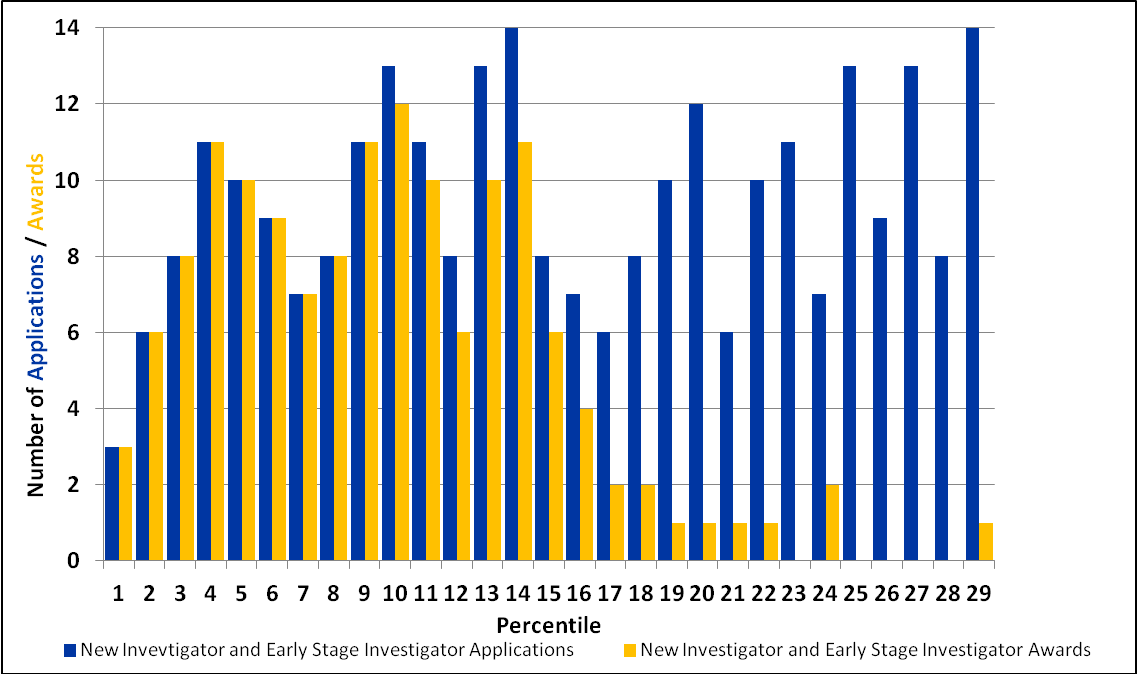 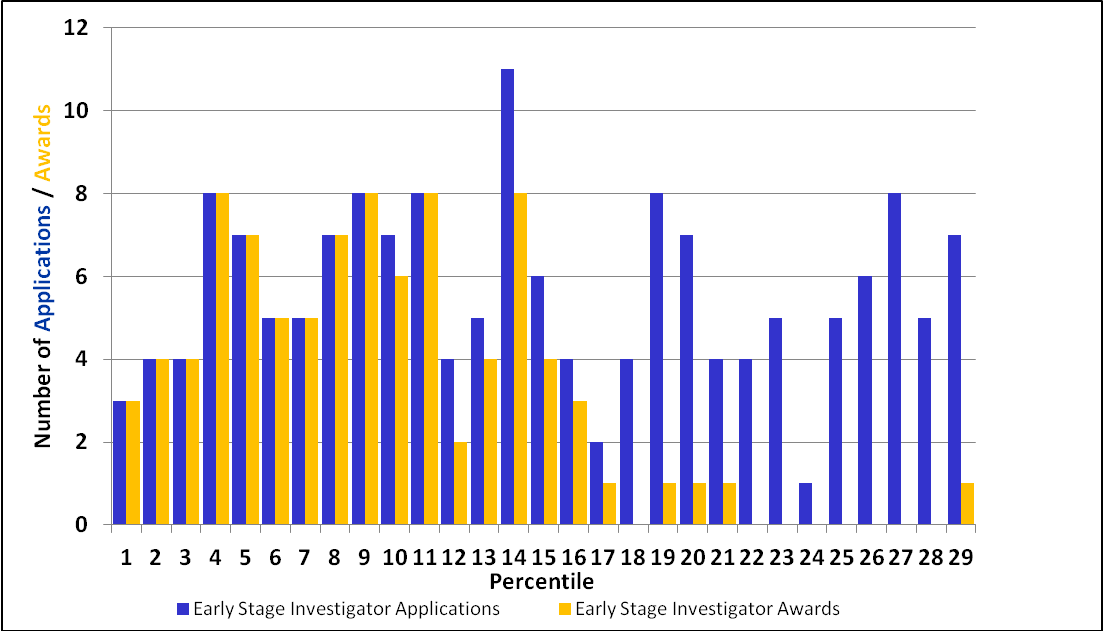 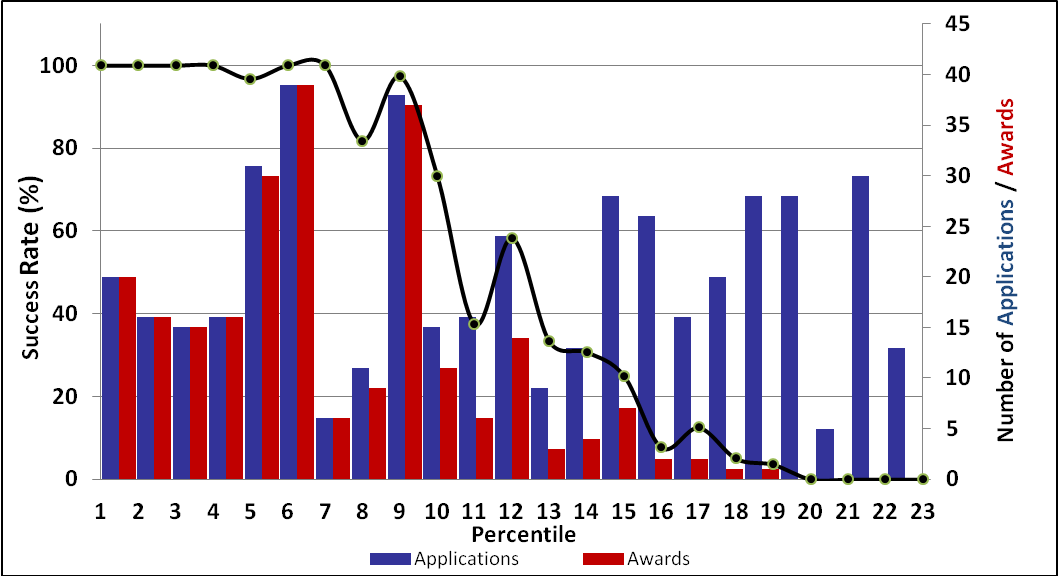 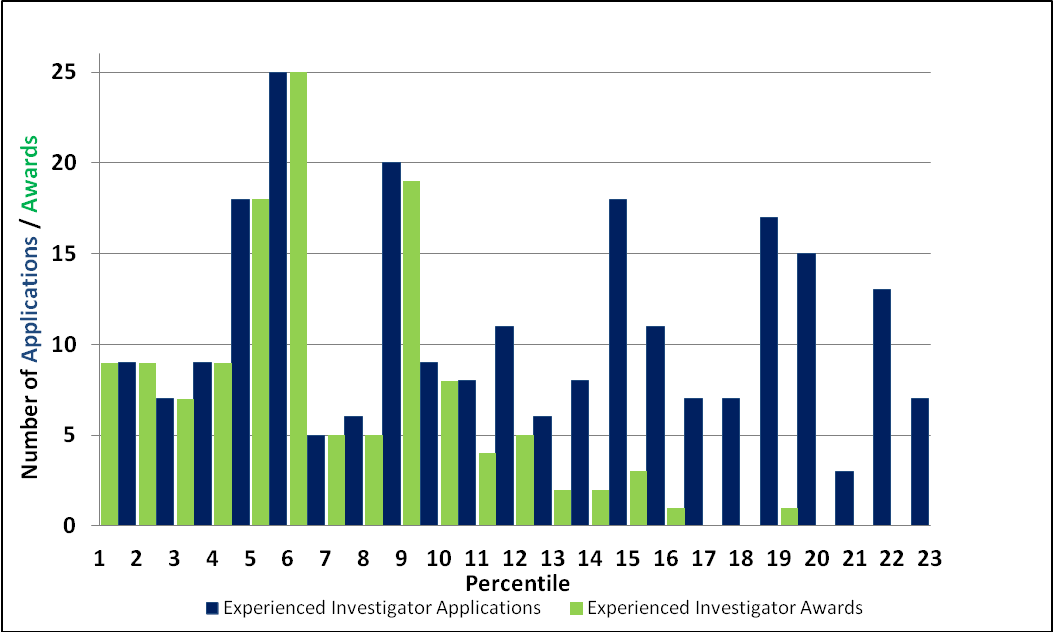 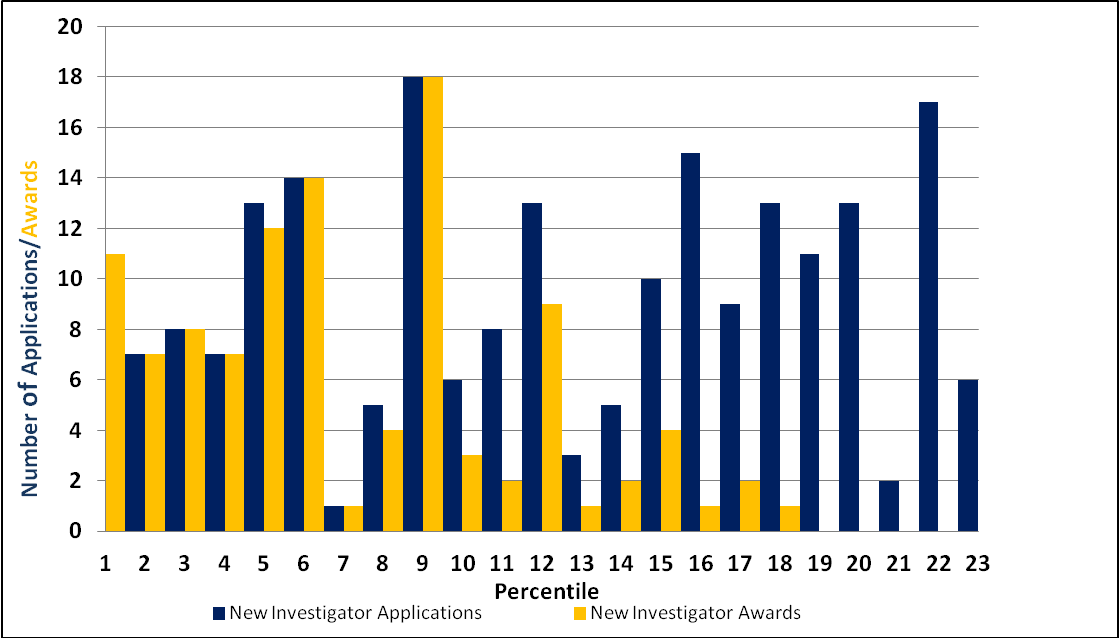